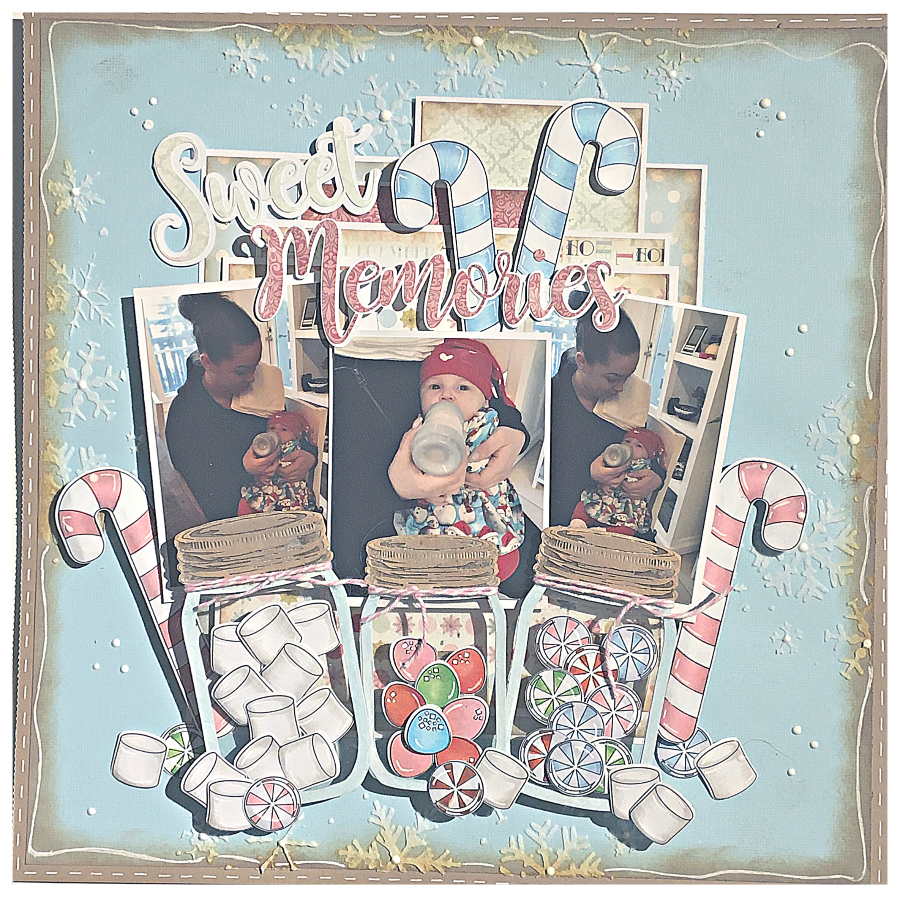 Here is what I created:

Because I feel almost obsessed with mason jars, I came up with the idea of filling these jars with a bunch of Xmas goodies.  I started by first applying white gesso the jars, let that dry and added the color using Distress Oxides.   The blue for the jar is  Tumbled Glass and for the lids, I used Vintage photo and Rusty Hinge Distress Oxides..

I also adhere some clear transparency film to the backs of the jar, so I could glue the candies to that, creating the illusion of filled jars..

The candy’s and candy canes I printed on my printer and then colored with my Copic markers, they are attached to the jars using foam..

I wanted to add a little something to edges of my layout and the snowflake stencil was perfect.. Used some light texture paste in white and then doodled some white lines with my white gel pen, I also added some white Nuvo drops to the centers of the snowflakes and randomly around the background of my layout.  The title to my layout was created using a Silhouette Cameo.

The photos are of my daughter and little grand daughters first Christmas 2 yrs ago..

and there you have my sweet layout for todays reveal.. thank you for stopping by and I hope I gave you an idea of how to use these awesome jars from the Creative Embellishments online store..

p.s. Here are the items I used to create my layout:

From my kitchen to yours