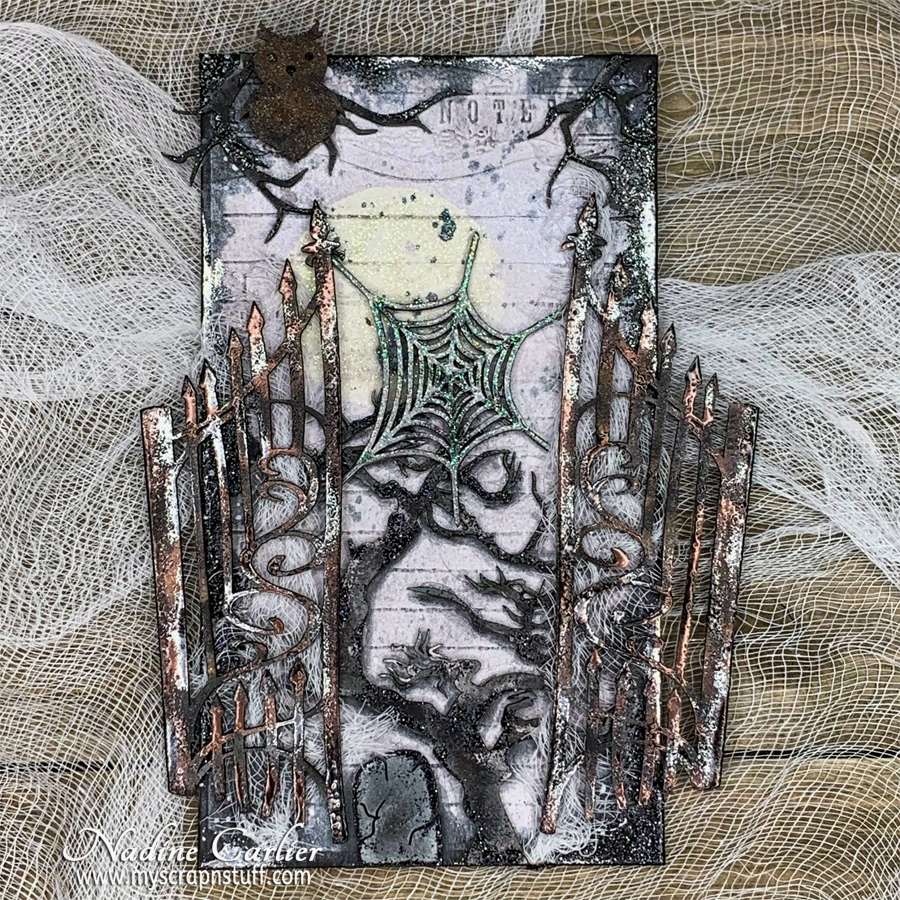 The spider web also is from the Halloween Scene 2 chipboard set. I sprayed the web with some black color spray and then inked it with some white ink and then embossed it with some iridescent embossing powder.

For the branches in the top corners, I cut up one of the Creepy Trees chipboards and then adhered the owl from the Halloween Scene 2 set. The owl I sprayed with some brown color spray and the branches I followed the same process as I did for the tree.

Thank you so much for visiting, see you next time!
Nadine