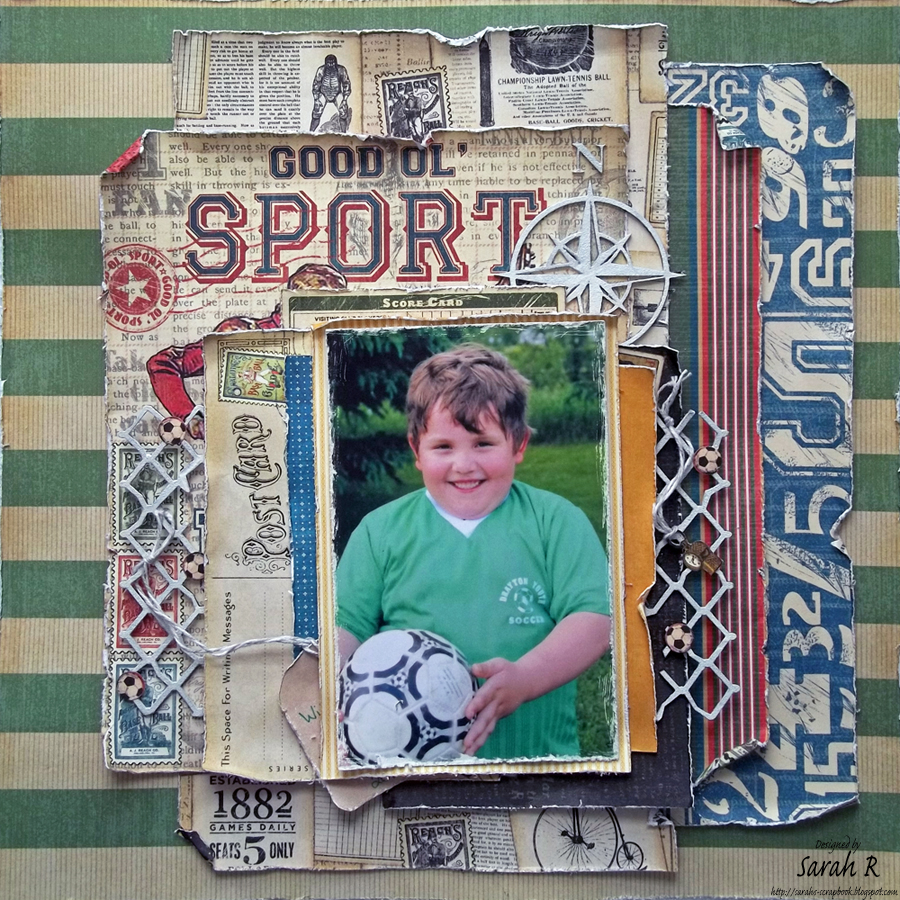 Hi there Creative Embellishments Fans! Sarah here to share a layout with you based on CSI Challenge #198. I’ve used Graphic 45’s Good Ol’ Sport collection to create a soccer themed layout featuring a photo of my son!

On this layout, I’ve used the Creative Embellishments Distressed Chicken Wire Border as the ‘netting’ behind the photo layering and a Nautical Compass as an embellishment. Because the paper I used on this layout is so colourful, I used a simple gesso treatment on the chipboard pieces so that they would really pop on the layout. I used a sponge dauber to add two layers of white gesso to each chipboard element – the dauber adds a nice texture to the gesso. I added some fussy cut soccer balls and a whistle to the Chicken Wire ‘netting’ as well. Here are a few angles/close-ups.

Thanks for stopping by the Creative Embellishments blog today! I hope you have played along with us this month over at the CSI Challenge site – its been so much fun!

My Buckaroo – CSI 198 and Creative Embellishments