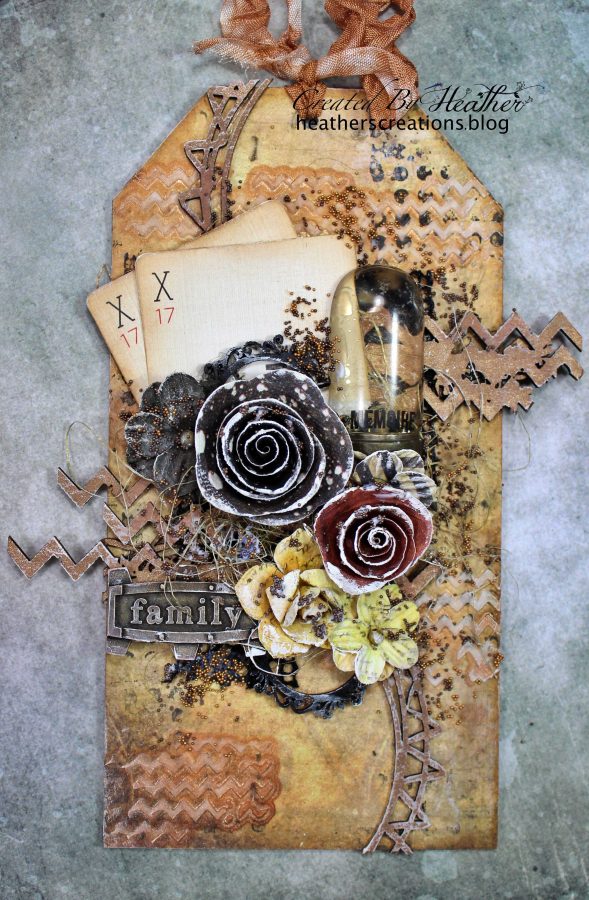 Well this is a special post today,  a video and two projects, a card and tags set. I only made a video of the card. It was one of those, I need a few special cards and I need it now, so let’s just throw something together and be done with it.  At work there has been some life altering moments for a few of my co-workers, a death in the family, a sick spouse and a new adventure with a new job. So I need to make a few in a hurry for those unexpected  moments in life we can’t control.

So to start, here is the card, Using the Doodle Circle Frame on all of the pieces, just in various ways. I started with a quick later of paper on the background, after getting the paper down, it was a layer of stamping with the distress circle stamp before adding some texture with one of my favourite stencils, the distress patterns stencil.

I will show you the card first then move to the tags, I only had time that night to take a few photos, of the card before needing to use it.

After adding the spray to the texture, I began to layer up the boarders and the flowers, adding other elements including sisal, metal embellishments and alphabet cards.

I will confess, I had more time to take photos of the tags. There is only so much time in  a day. So between the Distress Chevron Boarder and the Checker Boarder, I added on to the focal points, before adding the flowers and other metal goodies.

Here is a video of the quick creative process, A quick and fast card.

Thank you for stopping by today.