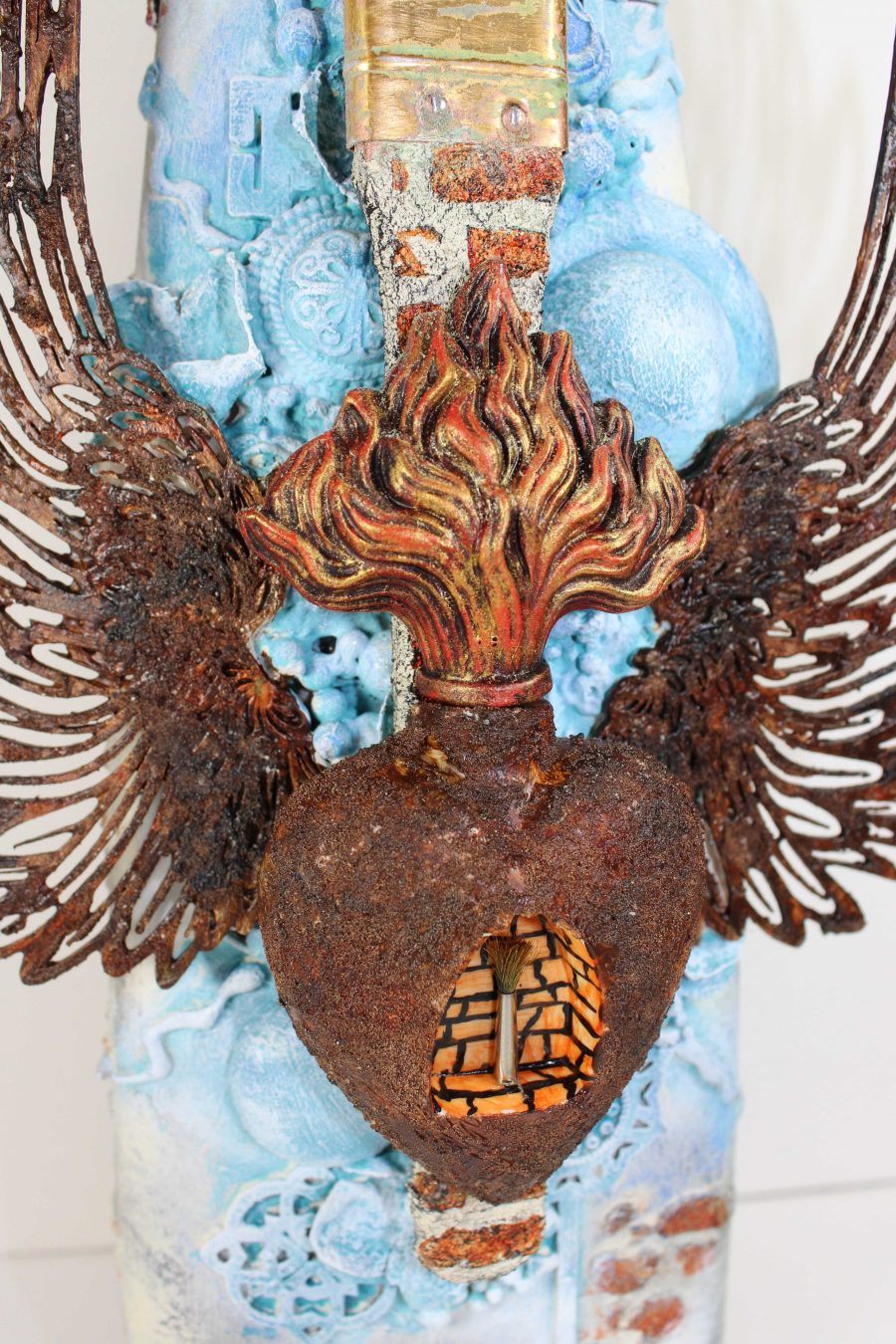 I love seeing all of the inspiration around me. And my good friend Tracy Weinzapfel recently did a mixed media brick wall canvas. I tried the technique and lets just say, it’s effect was not quiet the same. But I worked with it and made it my own.

My actually canvas is a Sake bottle from our Chrimstmas themed dinner. I painted a layer or two of gesso just to cover up the matte gray glass. After that I used Creative Embellishments Brick Stencil and some sand paste to build up the bricks. I acutally used the stencil multiple times for the different layers and colours.

I am loving the rust technique and there are so many different techniques available. I used DecoArt Media line to recreate the rust effect. I decided to rust the wings from Creative Embellishment and the Flaming Heart from Relics & Artifacts®

I used a variety of reds, golds and even continued the brick pattern on the underlying paint brush and the window with in the relic. To keep with the paint brush theme, I even added a minuture brush in the window.

I used multiple trinkets, costume jewlery and findings from around the house to build up the background. I also snuck in some CE Keys and did a ton of dry brushing. Thank you for stoppping by today and I hope you enjoyed this altered art.