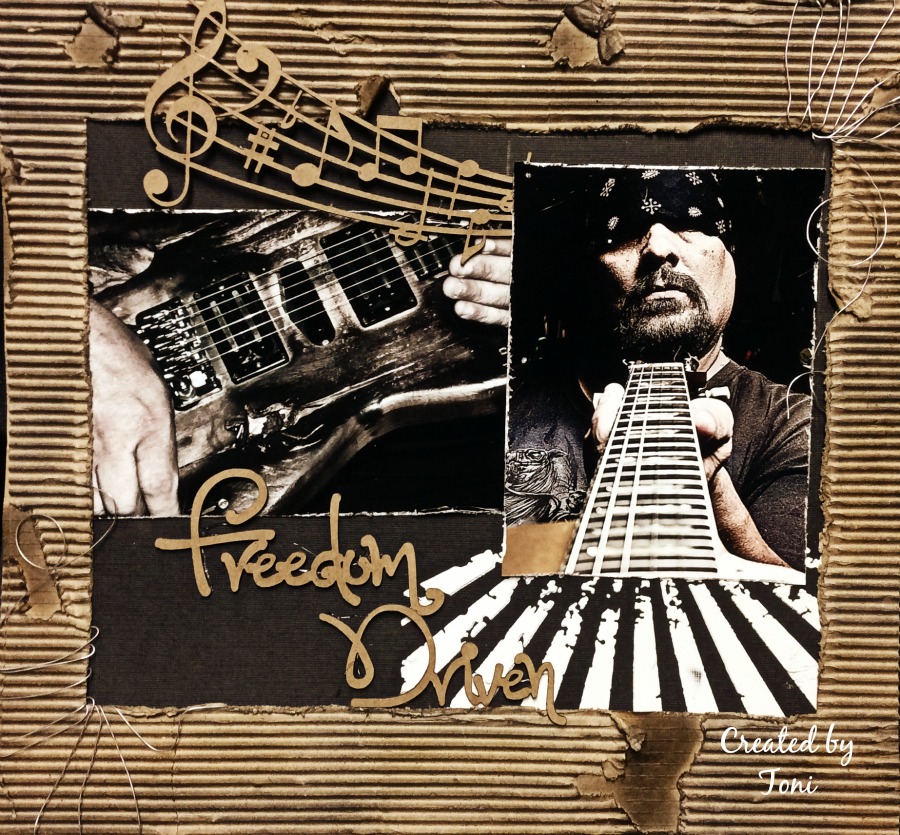 Hi crafty friends, Toni here with a layout of my brother, an accomplished brilliant musician.  He is a man of few words, but expresses his self through the freedom that music allows.

I wanted to create this layout in it’s rawest form to allow the photos to tell the story. My brother has his guitars beautifully custom made and they are actually made from old pieces of wood that have burn marks, grooves &  scratches that give them a one of a kind personality. Therefore I wanted the layout to reflect this look.  The frame was made from a corrugated cardboard box, ripped and wrinkled and smudged with Black Soot & Vintage Photo Distressed Inks.

Modeling paste and a stencil were used for some texture on the background. The Creative Embellishments were left in their raw beautiful state, nothing needed to be added to them.

For an added touch, I took some old guitar strings and wrapped and curled them around the frame. I hope you enjoyed and were inspired. Allow the freedom of art to drive your creativity !